Arterial hypertension (AH) is a major cardiovascular risk factor and often coexists with insulin resistance. Insulin resistance impairs glucose homeostasis and has been associated with the development of new-onset type 2 diabetes mellitus (T2D). Overactivity of renin-angiotensin system (RAS) mediated by angiotensin II adversely affects glucose homeostasis. The blockade of RAS with the use of angiotensin converting enzyme inhibitors (ACEi) or angiotensin receptor blockers (ARBs) has been associated with beneficial effects on glucose metabolism. On the other hand, calcium channel blockers (CCBs) have been reported to exert a metabolic neutral effect. By contrast, the use of diuretics and beta-blockers has been shown to have an overall negative effect on glucose metabolism. Current ESH/ESC treatment guidelines recommend the use of fixed single-pill combinations of RAS blockers with either CCBs or thiazide/thiazide-like diuretics in hypertensive patients with grade 1 AH and high cardiovascular risk, or greater. Nonetheless, considering the patient’s medical history and comorbidities, antihypertensive treatment should be carefully tailored. To this, hypertensive patients at risk of developing new-onset T2D, with impaired fasting glucose (IFG) or impaired glucose tolerance (IGT), should be preferentially treated with either monotherapy or combined treatment using agents which do not affect or worsen glucose homeostasis.

Different classes of antihypertensive drugs exert various effects on glucose homeostasis8: renin-angiotensin system (RAS) blockers, including angiotensin-converting enzyme inhibitors (ACEi) and  angiotensin receptor blockers (ARBs), have been shown to have beneficial effects on glucose homeostasis; calcium channel blockers (CCBs) have an overall neutral effect9. By contrast, thiazides and beta-blockers have been associated with negative effects as well as the development of new-onset T2D.

Recent guidelines by ESH/ESC advocate the use of fixed singe-pill combinations of RAS blockers with CCBs or with thiazide/thiazide-like diuretics as first line therapy in hypertensive patients with grade 1 AH and high cardiovascular risk, or greater10,11. Nonetheless, treatment strategy of AH should take into consideration any adverse effects of the agents used on glucose metabolism and the incidence of new-onset T2D12.

This review discusses the available information regarding the effect of commonly used RAS blockers, CCBs and their combinations on indices of glucose homeostasis and the incidence of new-onset T2D, in non-diabetic patients with AH. The foreground question is shown by PICO statement13 in Table 1.

A literature review was conducted focusing on the effect of antihypertensive agents and their combinations on glucose homeostasis. We studied papers discussing the effects of ARBs, ACEi or CCBs and their combinations; ARB/CCB and ACEi/CCB. Literature research was performed using PUBMED and MEDLINE, with the following Medical Subjects Headings terms (MeSH) and keywords: “antihypertensive treatment”, “combination of ARB and CCB”, “combination of ACEi and CCB”, “carbohydrate metabolism”, “glucose metabolism”, “glucose homeostasis”, “prediabetes”, “impaired fasting glucose”, “IFG”, “impaired glucose tolerance”, “IGT”, “insulin sensitivity”, “insulin resistance”, “HOMA-IR”, “new-onset T2D”. Randomized controlled trials, original papers, review articles and meta-analyses were included. The references of these articles were scrutinized for relevant articles. For articles not written in English, only the abstracts were considered. Articles with results regarding only diabetic population of patients were excluded from the analysis.

Figure 1 provides a flow diagram of the selected process and articles included in the analysis. 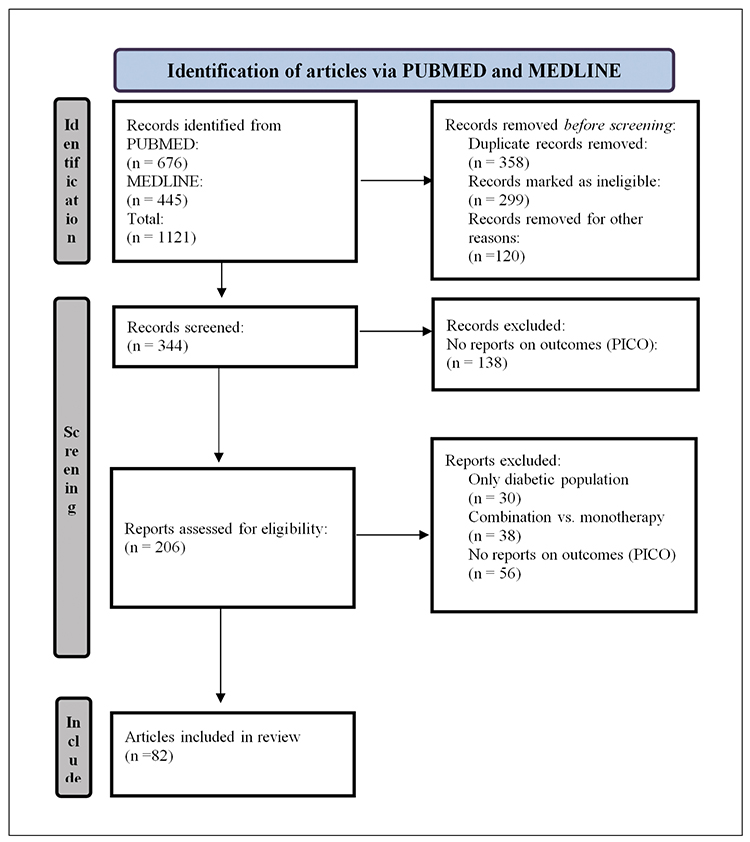 Figure 1. Flow diagram of the selected process and articles included in the analysis.

Comparative trials of drug combinations included in this review are summarized in Table 2.

Glucose homeostasis and RAS are strongly associated. Overactivity of RAS, mediated by angiotensin II, results in insulin resistance, and eventually may lead to T2D14. Several trials have identified a beneficial effect of RAS blockers on glucose metabolism.

Treatment with ACEi was associated with a lower incidence of new-onset T2D in clinical trials showing an overall favorable effect on glucose metabolism.

Of note, in DREAM trial (n=5,269), ramipril (another ACEi member) had a neutral effect on glucose homeostasis24. Although, ramipril among patients with IFG or IGT did not reduce the incidence of new-onset T2D, it led to regression to normal glucose levels (p=0.001)21,24. However, this finding was not confirmed by the extension of DREAM trial25.

Large clinical trials evaluated the effect of ARB treatment on glucose homeostasis; an overall beneficial effect was shown. Various ARBs decreased the incidence of new-onset T2D in several large RCTs, while others exerted a neutral effect.

It has been shown that some ARBs possess peroxisome proliferator activated receptor-γ (PPAR-γ) partial activating properties and may favorably affect glucose metabolism. Several trials and meta-analyses evaluated the effects of ARBs on indices of glucose homeostasis, in patients with impaired glucose metabolism:  In small trials, treatment with valsartan (although a non PPAR-γ activator) in non-diabetic hypertensive patients resulted in a reduction of fasting insulin levels and HOMA-IR39,40. On the other hand, treatment with irbesartan and telmisartan (documented with PPAR-γ activity) was associated with improvement on glucose metabolism41-43. Treatment with telmisartan, also improved HOMA-IR in several trials in non-diabetic patients44-47. In a study by Rizos et al., telmisartan improved insulin resistance indices compared with other ARBs in hypertensive pre-diabetic patients48. Moreover, the study showed that telmisartan retained its beneficial effects on glucose homeostasis even after combination with rosuvastatin (a statin associated with the development of T2D)48. Since hypertension is often accompanied with hyperlipidemia and thus antihypertensive drugs are often co-administered with statins the results of the previous study become even more relevant in clinical practice.

Small size randomized trials evaluated the effect of treatment with CCBs in changes on indices of glucose metabolism. In these trials, amlodipine (among CCBs) exerted a neutral or a minor favorable effect8,56-60. On the other hand, manidipine (a newer CCB) through partial activation of PPAR-γ61,62 has been associated with improvement on HOMA-IR57,60,63. Manidine treatment decreased HOMA-IR vs. clinidipine and amlodipine (all, p<0.05) in obese patients60  and vs. amlodipine (-21.3%, p=0.007, vs. 8.3%, p=0.062) in patients with the metabolic syndrome63. It has been also shown that manidipine ameliorates the possible insulin resistance associated with statin therapy62, thus favoring glucose homeostasis.

RAS blockers – CCBs combination vs. other combinations on glucose homeostasis and new-onset T2D

Several comparative trials on the effect of different ACEi/CCBs combinations vs. other antihypertensive drugs combinations assessed the effects on glucose homeostasis and the incidence of new-onset T2D.

A small number of trials examined the effect of ARB/CCBs vs. other combinations, mainly ARB plus thiazide diuretic (TD), on indices of glucose homeostasis and new-onset T2D.

Results from other small trials regarding changes in HbA1c and/or FPG showed an overall favorable effect of ARB/CCBs vs. ARB/TD or ARB/beta-blocker combinations. In a trial by Shimosawa et al., an increase in HbA1c levels was observed with losartan/HCTZ vs candesartan/amlodipine (5.54±0.33% vs. 5.84 ±0.71%)74.  On the other hand, Oshikawa et al. showed that losartan/HCTZ increased both HbA1c and FPG levels vs. losartan/amlodipine (p=NS)75. Similar results were also shown by several trials where both treatment comparators had overall similar neutral effects on FPG and HbA1c76-79. Combination of ARB/CCBs vs. ARB/beta-blocker also showed a neutral effect on glucose homeostasis80.

This review indicates that the effect of ACEi and ARBs monotherapy yields an overall favorable effect on glucose homeostasis, while treatment with CCBs appear to be neutral. RAS blockade plus CCBs combination treatment may exert also favorable effects in non-diabetic patients and seems to prevent the progression to T2D.

The incidence of new-onset T2D or the effect on other indices of glucose homeostasis of these classes of hypertensive drugs was a prespecified primary or secondary endpoint only in a few trials (Table 2)67-71. Likewise, a rather limited number of trials were designed to evaluate the effect on glycemic indices of these combinations on patients with impaired glucose homeostasis (IFG or IGT)69-71,73 (Table 2).

Despite these limitations in trial endpoints and design, it seems that ACEi/ARB plus CCBs combinations affect glucose metabolism in a positive way, mostly through their preserved separate drug action:

CCBs may improve insulin sensitivity through vasodilation in insulin-sensitive tissues and concomitant increased muscle blood flow8. These agents also decrease sympathetic nervous system activation and prevent inhibition of glucose transporters and glycogen synthase by calcium8. Additionally, it has been proposed that CCBs enhance pancreatic β-cell function and might inhibit their apoptosis55

Current guidelines for the prevention of diabetes are in favor of the use of a fixed single-pill combination of a RAS blocker with a CCB in patients with IFG or IGT. Using a thiazide diuretic (TD) or beta-blocker administration could be an alternative to CCBs in certain patient populations; beta-blocker in combination with a TD should be avoided due to its diabetogenic action12 (Figure 2).

In conclusion, antihypertensive treatment should be individualized considering the patient’s history and comorbidities. In this respect, impaired glucose metabolism dictates the selection of particular drugs over others; agents with a favor and/or a neutral effect should be preferentially used to mitigate the risk of new-onset T2D. However, the overall expected benefits vs. the potential risks must always be carefully weighted for each individual patient (especially in selected patient subgroups such as those with established atherosclerotic cardiovascular disease, heart failure, uncontrolled BP etc.). As a result, when the benefits of antihypertensive treatment overweigh the risk of increased insulin resistance the patient should not be disqualified from receiving appropriate treatment with a drug associated with unfavorable glucose homeostasis.

This review has been supported by the Hellenic Atherosclerosis Society in the setting of a scholarship for a doctoral dissertation.

All authors declare no issues relating to journal policies.